Jolly Phonics Extra gives extra help for children learning to read. It takes innovation in literacy teaching to a new level, being highly effective as a result. There are two aspects to this:

Jolly Phonics Extra Personal is currently just available in British English. It has the flexibility to be used in different ways:

For children at home 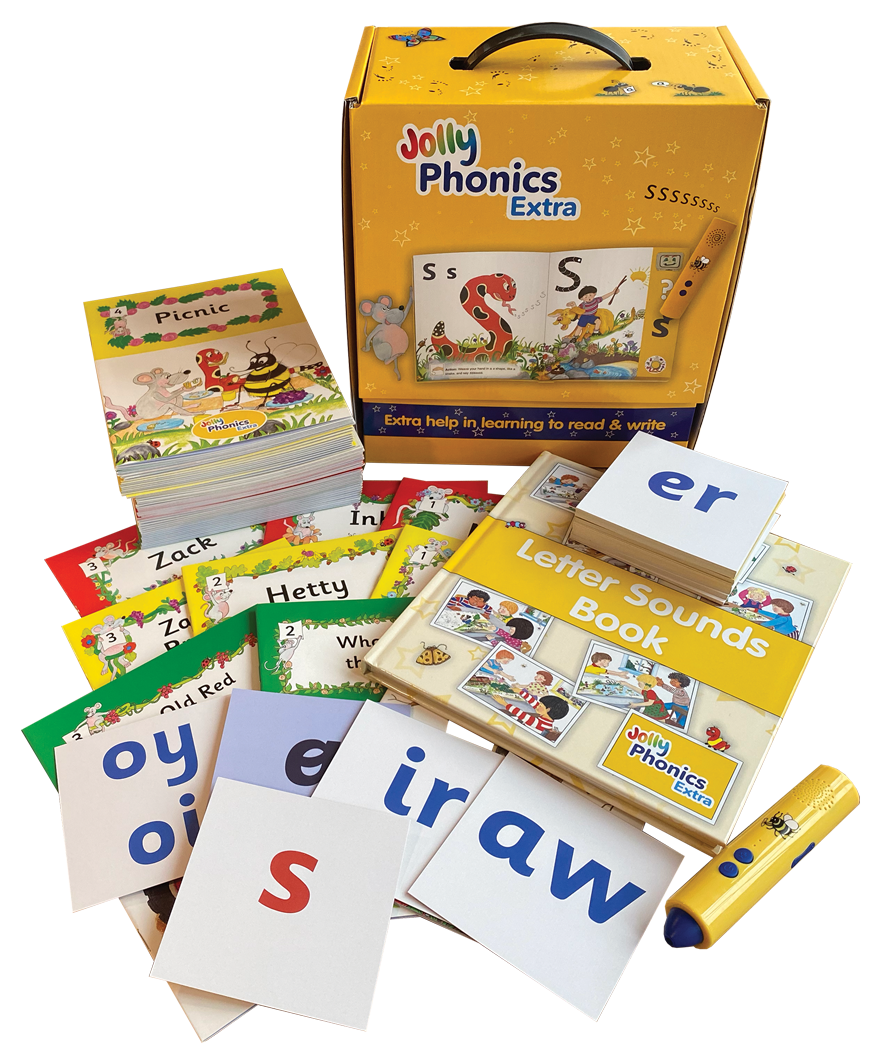 Vocabulary is also developed, as the talking pen names many objects in pictures when they are touched. The talking pen responds to all the books and flashcards. 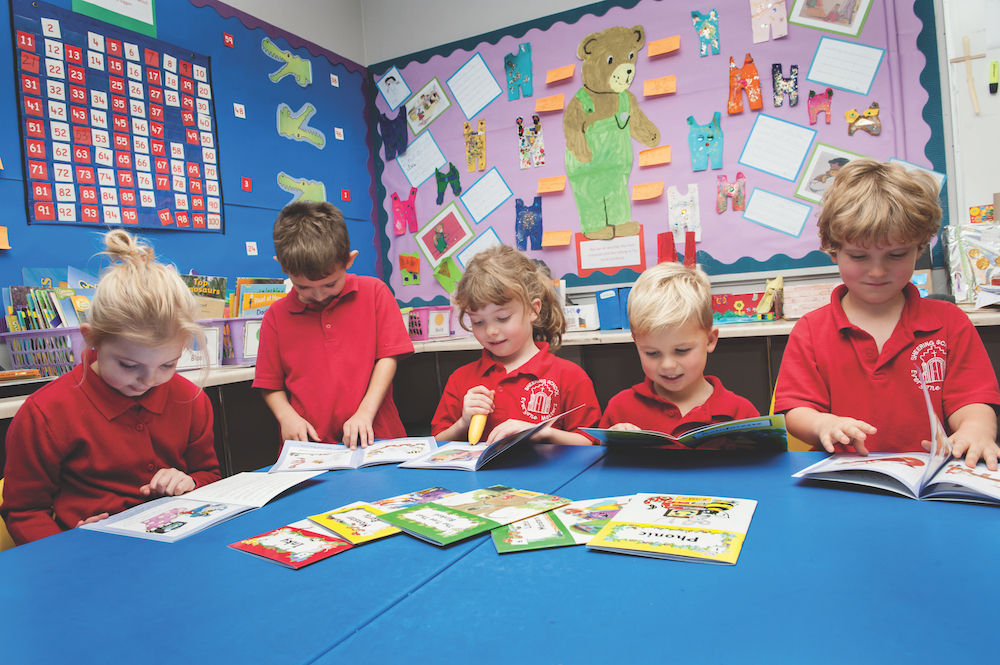 Jolly Phonics Extra is excellent for children starting school. It extends the regular use of Jolly Phonics:
Jolly Phonics Extra has been piloted in Reception classes in schools in Nottinghamshire. This pilot is now being made open for other schools to join. For more information please contact Brad Peterson: brad@jollylearning.co.uk to find out more! 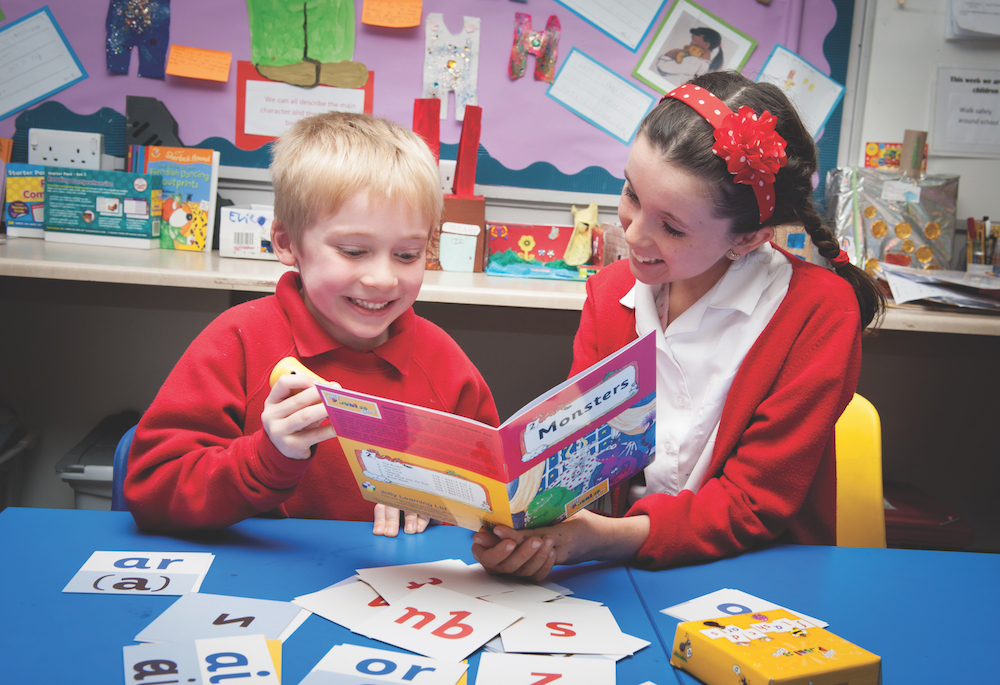 When children have had some years of struggling to learn to read they can become demotivated. They may also feel that the material given to them is ‘childish’. Jolly Buddies is a highly effective solution to these issues. It pairs an older child with a younger one, both of whom are behind. The older one is asked to help the younger one, and given control over the material. The talking pen amazes the children. They want to use it, and see what it responds to. To any question of childishness, the older child is told that the material is not for them, but for the younger child – which makes it all right. The older child also has the respect of the younger child, which again motivates them to being engaged and learning. It is recommended that the use of Jolly Buddies is intensive, and time-limited, so the children make swift progress. Ideally, sessions should be every school day for a term (12 weeks), after which a new group of children should start. This time limit encourages the children to use the flash cards and books at a pace.

“The three year 6 children are genuinely very impressed with Jolly Phonics Extra. It has given them a real sense of responsibility and involvement towards supporting the six year 1 pupils.”