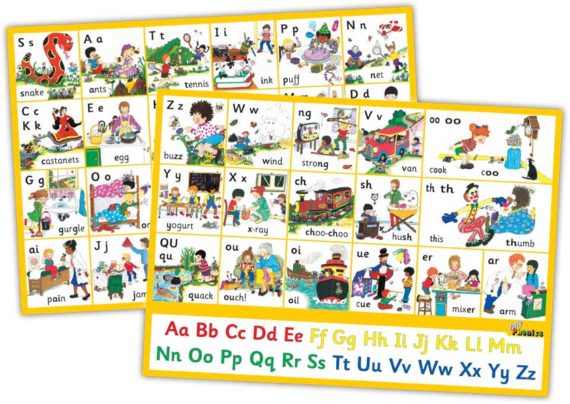 The Jolly Phonics Letter Sound Wall Charts is a pack of two colourful single posters which display all of the 42 letter sounds.

Each letter sounds has an illustration that prompts the Jolly Phonics action and sound. The bottom of the second poster displays the alphabet, which is colour coded to match the Jolly Dictionary.

There are no reviews yet.