The achievements of teachers with Jolly Phonics has been a fundamental reason for its widespread adoption.

Listed first are some academic studies.

Dr Morag Stuart carried out a study in London’s Docklands where almost all the children speak a dialect of Bengali called Sylheti. (The families were recent immigrants from Bangladesh). While the experimental group were taught with Jolly Phonics. the control group were taught with big storybooks, a popular method based on word memorisation. The results are summarised at the base of the page numbered 602. The results show a large average difference from the teaching method used. They also show a major difference in underachievement. And finally they show that this kind of phonics teaching is highly suitable for children with English as a second language.

Dr Rhona Johnston and Joyce Watson carried out an evaluation of the children in Woods Loke School in Suffolk, England. The authors of Jolly Phonics, Sue Lloyd and Sara Wernham taught at the school, and the school used Jolly Phonics. This evaluation was prior to their well known study in Clackmannanshire.

A Jolly Phonics case study on the Clackmannanshire research carried out by Dr Rhona Johnston and Joyce Watson.

A later study in Clackmannanshire, after 7 years, answered the question of whether the children retained their gain in literacy. This paper summarises the results on page 8, paragraph 3. As shown, their literacy skills had improved further.

A study by Dr Tommy Mackay in West Dunbartonshire, a deprived suburb of Glasgow,

Professor Maggie Snowling, Professor Charles Hulme and others, carried out a study with young children with poor oral language on starting school. They compare two different interventions, one with extra phonological training (using Jolly Phonics) and one with extra oral language training. 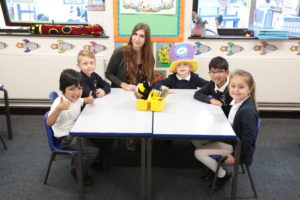 An early study into Jolly Phonics was carried out by Dr Marlynne Grant at St Michael’s School in Stoke Gifford, Bristol. The link below is to the results published at the time. The Second Cohort is the significant one (where the teaching was for a full year). It showed not only a large average gain in reading age but important other findings. Not only did the boys do as well as the girls, but no difference by whether children had free school meals or not (a measure of social class).

Bristol results There is also a Jolly Phonics case study on this school from the same time:

In addition to these studies there are a number of Jolly Phonics case studies on individual schools, written by those at the school and with their evaluation of the results. The full list is published here, but the ones with quantitative data available on those from Elgin IA, Seoul Korea, Yorkshire, Sydney, and Bristol

Daniela Caserta examines the implementation of Jolly Phonics in two schools in Milan, Italy, where the children are learning English as a second language: one private international school and one Italian state school. Writing in Italian, she makes recommendations concerning the training of Italian teachers to deliver the programme and proposes that an early introduction of English through Jolly Phonics in Kindergarten would yield the best results.

Sara Rendon evaluates the use of Jolly Phonics to teach English in Spain in her PhD thesis. Besides the significant improvements in teaching English, she finds that the teaching of Spanish was also improved. Her thesis is in English, with a summary in Spanish at the end.

This was also described in a journal article:

Dr Pauline Dixon researched the use of Jolly Phonics in low cost private schools in Hyderabad.

Dr Chris Counihan researched the use of children as monitors, to teach younger children to read and write using Jolly Phonics. The monitor children were given some training at the start, with the study comparing the results with a control group who had the regular teaching. To read Dr Counihan’s thesis (329 pages), click here.

Dr Lisnawati Ruhaena researched the use of Jolly Phonics for the initial teaching of literacy in both Indonesian and English. The abstract of this report is in English, while the text is in Indonesian. 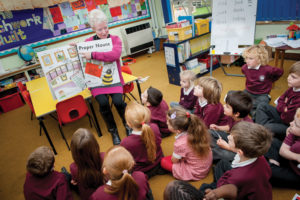 Iranian Motivational Research Study Are Jolly Phonics ‘actions’ motivational for children, and can this ‘motivation’ be measured? This study compared the multi-sensory teaching of Jolly Phonics with traditional phonics teaching to assess the effect, and to see whether it differed between boys and girls.

Professor Yusawa of Hiroshima University wrote this award-winning paper (in Japanese) about Jolly Phonics, for the Japanese Association of Educational Psychology.

Two researchers examined whether Jolly Phonics instruction for Pupil Book 1 has a significant effect on the reading ability of Thai EFL young learners.

A team of researchers evaluated four different pilots of Jolly Phonics in six low-cost private schools. Each pilot, in six schools, was supported by one of the organisations that supports these schools in Pakistan.

A team of researchers evaluated four different pilots of Jolly Phonics in six low-cost private schools. Each pilot, in six schools, was supported by one of the organisations that supports these schools in Pakistan.

Jolly Phonics has been adopted for all primary schools in The Gambia and this report shows the results achieved in the first few years.

This ‘Jolly Buddies’ study matched older (aged 10-11) pupils with younger ones (aged 6-8) over a 3 month intervention where each pair had the Jolly Phonics Extra kit. An impressive 26 month average gain in reading age was achieved.

This study by Professor Pauline Dixon and colleagues examined the relative effectiveness of training given by Jolly Phonics trainers, with that of training by ESSPIN.  While teachers trained by Jolly Phonics trainers achieved better results, the study had the unexpected finding that the best results came from those teachers who had had both trainings.

Jolly Phonics was trialled with 160 children in Abuja (the Federal Capital Territory, FCT) and compared with the results from 80 pupils who did not have the programme.  The team led by Jane Asonze found much better results from the Jolly Phonics group on a range of measures.

Jolly Phonics was trialled in several schools in Akwa Ibom, a state in Nigeria. Although this study shows modest literacy levels, it does show substantial gains. The trial, and this evaluation, led to the adoption of Jolly Phonics for all primary schools in the state.

Jolly Phonics was trialled in six state schools in Cross River state in Nigeria, starting in September 2012 and lasting for one academic year.  The results showed higher achievement on all nine measures used.  It led to the adoption of Jolly Phonics for all this state’s primary schools.

Nigeria: Synthetic Phonics as a Tool for Improving the Reading Skills of Nigerian Pupils 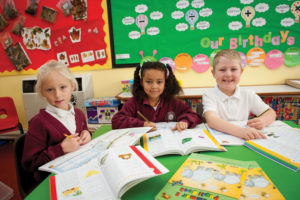 Penny Amott of the Institute of Education in London initiated and evaluated a trial in six primary schools in Sierra Leone over a two year period.

Dr Yvette Hus carried out an early reading project on at risk students who have English as a second language, in order to see whether Jolly Phonics improved their ability to become literate in the language, which indeed it did.

Dr Lori Motsch researched the use of the Jolly Phonics Letter Sounds app on the iPad as a remedial intervention.

We would be willing to support masters and doctoral students with materials and with information on past studies. We could discuss ideas for research topics. Please contact Chris Jolly